HomeWorldThe US land border is reopening, but Canadians on mixed vaccines are...
World

The US land border is reopening, but Canadians on mixed vaccines are still in limbo 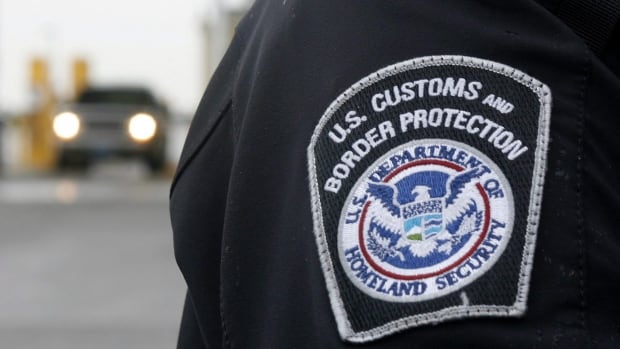 While it’s good news that the US will reopen its shared land border with Canada for nonessential travel in early November, some Canadians on mixed doses of vaccines aren’t celebrating yet.

This is because, at the same time that the US reopens the land border, it will begin to require that foreign travelers by land and air entering the country be fully vaccinated.

The U.S. Centers for Disease Control (CDC) does not currently recognize mixed COVID-19 vaccines, such as one dose of AstraZeneca and one dose of Pfizer or Moderna, and they have not yet said whether travelers with two different doses will be blocked. from entry when the vaccine requirement begins.

“CDC will release additional information and guidance as travel requirements are finalized later this month,” spokesperson Jade Fulce said in an email Wednesday.

Millions of Canadians They have mixed vaccinations, including Brian Butler of Bowmanville, Ontario, who got a dose of Covishield, a brand of AstraZeneca, and a dose of Moderna. He has two daughters and two granddaughters in the US, and he’s frustrated that the country has yet to confirm whether his vaccine combination will be accepted.

“Just make a decision,” he said. “Someone with a mixed vaccine I don’t think is a threat of COVID spread in the States.”

On Wednesday, Dr. Ali Khan, former assistant to the US Surgeon General, told CBC News that he thinks the US will likely update its guidelines for accepting mixed doses, because studies have shown that mixing vaccines is effective. .

“The scientific community absolutely understands this,” he said. “Basically, what we are waiting for now is a [U.S.] policy that aligns with that practice. “

What does the United States say about mixed vaccines?

America’s stance on mixed vaccines raised concerns for the first time last month, when the country Announced that foreign air passengers entering the country will soon have to show that they are fully vaccinated.

On Tuesday, it was revealed that the United States would finally reopen its side of the land border to tourists, but that they too must be fully vaccinated. According to US officials, Canadians crossing over land will be questioned about their vaccination status and must show documentation if they are sent for a secondary examination.

“People who have not been fully vaccinated against COVID-19 will not be able to travel from Canada for non-essential purposes,” the Department of Homeland Security said. in a sentence.

So the burning question now is what vaccinations will be accepted for travel to the US?

Last week, the US Centers for Disease Control (CDC) confirmed that the country will accept visitors inoculated with COVID-19 vaccines authorized by US regulators or the World Health Organization. WHO-approved vaccines include AstraZeneca and its Indian-made counterpart, C.ORvishield.

A similar rule is expected at land crossings. But the US is still awaiting guidance from the CDC on travelers with mixed doses.

While the CDC does not currently recognize mixed vaccines, there are some exceptions to the rule.

The CDC says on its website that mixed doses of the two mRNA vaccines, Pfizer and Moderna, are acceptable in “exceptional situations”, such as when the vaccine used for the first dose was no longer available.

To understand how the current CDC guidelines are playing out, CBC News examined the vaccination policies of eight major cruise lines leaving the U.S. Each cruise line said it will accept a combination of Pfizer and Moderna, but none. another combination will suffice.

“For example, Canadian or international guests who received a combination of AstraZeneca and Pfizer are considered unvaccinated by the CDC,” it states. Carnival cruises on their website.

Cruise line policies have already forced some Canadians with mixed vaccines to cancel their cruises.

Cruise entertainer Michael Harrison of Windsor, NS, said he and his fiancee, who works as his assistant, recently had to turn down offers to work on two different cruise ships, because each has a combination of AstraZeneca and Moderna.

“It’s frustrating that it worked this way.” said Harrison, who acts as a ventriloquist on cruise ships. “If we had known, we certainly would not have put ourselves in this position.”

What is the prognosis?

Canada updated its vaccination guidelines in June Recommend the COVID-19 vaccine dose mix based on emerging research that found it to be safe and effective.

Meanwhile, the CDC maintains that “data on the safety and efficacy of a number of mixed products are limited.”

But that could change.

Canadians with mixed doses of vaccines remain in limbo

The United States says it will allow travelers with WHO-approved COVID-19 vaccines, including AstraZeneca, but Canadians who received mixed doses remain in limbo on what the new rules mean for them. 2:01

The United States recently conducted A study explore the effectiveness of using a different COVID-19 vaccine as a booster vaccine.

This week, US authorities will meet to review the data that so far suggests mixing vaccines is safe and effective.

Khan said he believes the result will be a recommendation to recognize mixed doses.

“Personally, I can’t think of any reason why they wouldn’t.”

But that still leaves Canadians with mixed doses, and travel plans, in limbo until a decision is made.

Eager to get back to work as soon as possible, Harrison said he and his fiancee plan to sign up for a third dose in Nova Scotia, so they can have two doses of Moderna. From Friday Oct fifteen, people in Nova Scotia can get a third vaccine if they need it to travel for work.

“It’s wonderful,” Harrison said. “I hope it’s so quiet here in little Windsor [N.S.]By the time October 15 rolls around, we’ll be able to connect that morning and reserve an opportunity that day. ”

Quebec, Manitoba, Saskatchewan other Alberta each currently offers a third dose of vaccine to people in their province who need it for travel.

What was the plot point of Shona’s head injury?