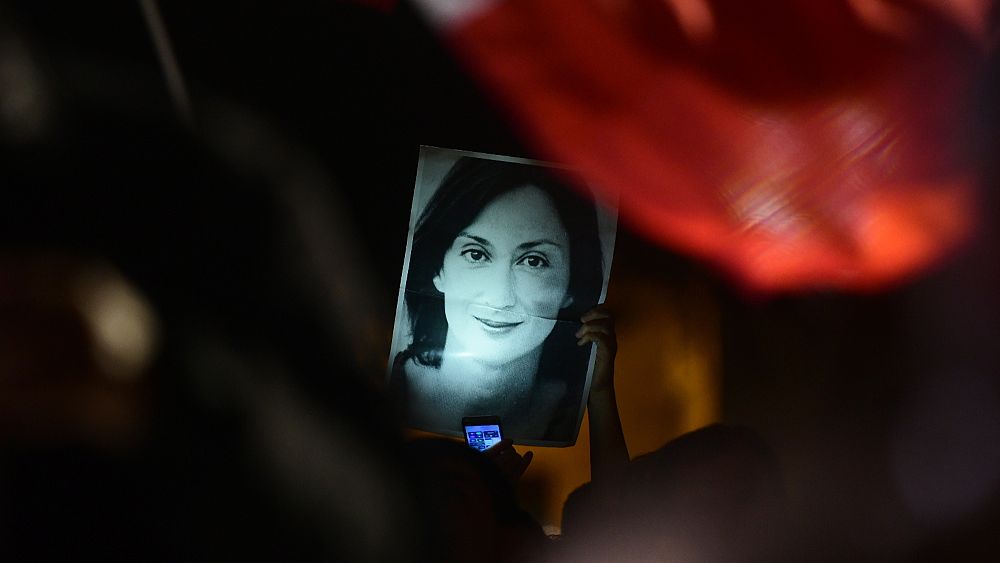 The first Daphne Caruana Galizia Journalism Prize has been awarded to the consortium of reporters behind the Pegasus Project investigation.

The Israel-based NSO Group’s report provided further evidence that its malware was used to spy on journalists, human rights activists, and political dissidents.

The Pegasus Project investigation was coordinated by Forbidden Stories, a Paris-based nonprofit journalism organization, and the human rights group Amnesty International, and shared with 16 news organizations.

The journalists were able to identify more than 1,000 people in 50 countries who were allegedly selected by NSO clients for possible surveillance.

This included at least 180 journalists from around the world, as well as religious leaders, politicians and military personnel in India, Mexico, Hungary, Morocco and France.

The European Parliament, which awarded the award, awarded the project as an “international journalistic initiative”.

“[The] The unprecedented leak of more than 50,000 phone numbers selected for surveillance by customers of the Israeli company NSO Group shows how this technology has been systematically abused for years, “a statement read.

“Protecting and supporting journalists is of vital interest to democratic societies,” Sassoli said when opening the award ceremony in Brussels.

The inaugural € 20,000 EU prize is named after Maltese investigative journalist Daphne Caruana Galizia, who was killed in a car bomb attack on October 16, 2017.

The award is presented by a jury of representatives of the press and civil society from the 27 EU Member States.

The award recognizes “excellent journalism that promotes and defends the values ​​and principles of the EU; human dignity, freedom, democracy, equality, the rule of law and human rights”.

Corinne Vella, sister of Caruana Galizia, said she would be “very proud” to see the award ceremony.

“I cannot now think of a more appropriate winner for the first edition of this award.”

In the last year, the number of journalists killed or murdered around the world has doubled and Vella says Europe still has “a long way to go”.

“It’s a terrible thing to watch, and we would have expected things to improve dramatically after Daphne’s death,” he told Euronews.

“Although people are more aware of the dangers, we have yet to see the kind of drastic action that the world and Europe, in particular, must take to protect journalism as a profession and to protect journalists who really protect our right to know. “

Click on the player above to see the full interview with Corinne Vella.

Venezuela suspends talks after extradition of Maduro ally to the United States.