The House of Representatives is failing America 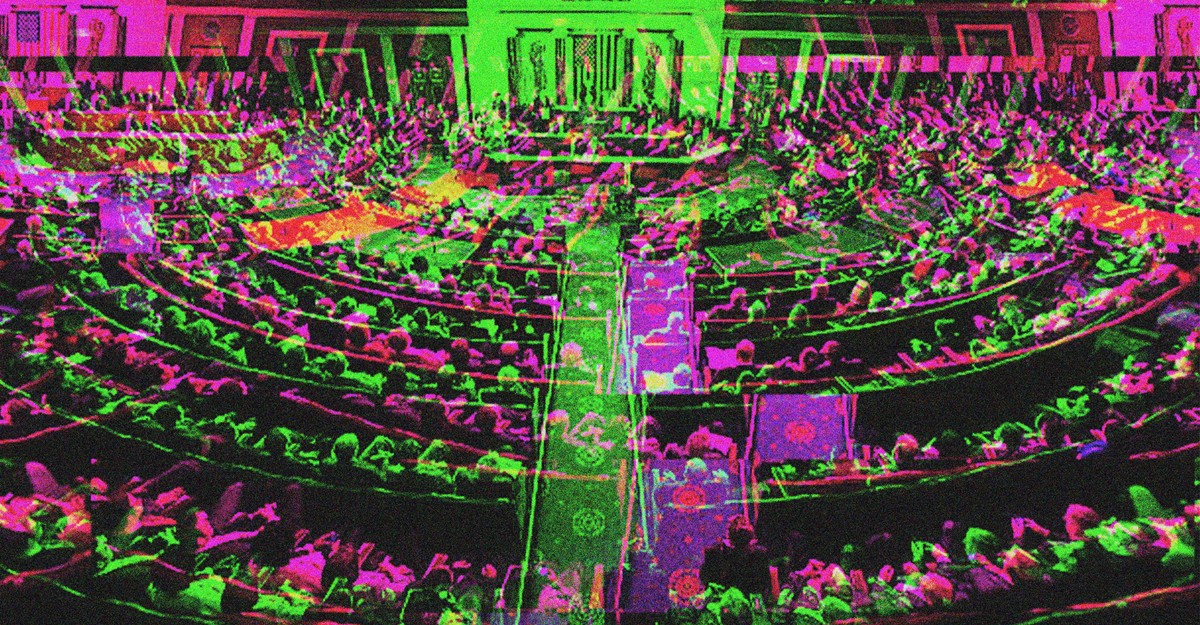 In the fight over whether and when a vote on the bipartisan infrastructure bill would take place, and whether it would be tied to a vote on President Joe Biden’s broader economic agenda, one fact was overlooked: Democrats in The House of Representatives passed their own infrastructure bill in July. The reason you haven’t heard much about that measure is that the House agreed to the Senate’s demand to vote on the Senate bill without amendments. In doing this, the House accepted a bill that not only left out many progressive priorities but also failed to engage its members.

If the house’s irrelevance in this trade were an unusual occurrence, it may not be a cause for concern. But this is the way most major legislation has been made over the last decade: They are products of the Senate with little or no input from the House. This is because the House, whether controlled by Democrats or Republicans, now acts as if it were a unicameral legislature in a parliamentary system, instead of recognizing that it is only one of two legislative chambers in a presidential system. it cannot go to the Senate, because it is too far removed from the American ideological center. The result is a House of Representatives that now serves only to block or, in the case of “must pass” legislation, pass Senate bills on important issues. House members have largely given up their power, and thus the power of their constituents, to create legislation that addresses our nation’s biggest problems.

From the November 2018 issue: How Newt Gingrich Destroyed American Politics

This state of affairs is not what the Founders intended. Two of the main reasons the Framers of the Constitution created two houses of Congress were to give Americans multiple points of access to the law-making process and to force representatives and senators to deliberate and compromise. They believed that this would not only produce the best laws but also promote the legitimacy of these laws, because the many voices in our nation would have the potential to be heard through their representatives and senators.

ace I wrote in a chapter of Under the Iron Dome, a recently published anthology, House members now primarily represent their party and platform rather than the diverse opinions of their constituents. Through rule changes, members have relinquished much of their individual power and disempowered committees to give their party leaders the ability to shape legislation to achieve party goals. In formulating legislation, party leaders reach out to party-aligned interest groups, activists, and donors to generate electoral support. These supporters tend to be closer to the ideological extremes. Little or no effort is devoted to harvesting the other party’s votes in the legislative process. This may be a reasonable way to legislate in a single-chamber parliamentary system, but the House is only half a branch in the American legislative process.

The problem with the House legislating in this way is compounded by the prevalence of divided government, where control of the White House, House, and Senate is split between parties. Divided government has occurred more than 30 of the last 41 years, or 40 of 41 when considering the need for 60 votes in the Senate to overcome a filibuster. During these periods, only bipartisan bills can become law, and partisan House legislation only contributes to gridlock. Sometimes, however, a consensus emerges that legislation should be passed to address a particular issue. When this happened in the last decade, the necessary bipartisan compromise bill was drafted in the Senate and passed the House without change. This happened in October 2013 and January 2018, when Republicans controlled the House and a compromise was needed to end the government shutdown. But it also happens when the House is in Democratic hands. In 2019, when there was a humanitarian crisis on the southern border, a bipartisan bill produced in the Republican Senate became law, because the bill passed by House Democrats failed to pass the Senate.

When one of the two houses of Congress is not contributing to the making of laws on the most important issues facing our country, our democracy is not healthy. It is especially problematic when the weak link is the House, because that House was intended to play a pre-eminent role in ensuring the people’s democratic control of the republic. The house has always been considered the bastion of American democracy.

Could we solve this problem by removing the filibuster from the Senate? Maybe. But now a divided government prevails. And even when Republicans unified control in 2017 and 2018, and used the budget reconciliation process to sidestep filibuster in their attempts to repeal the Affordable Care Act and enact big tax cuts, the Senate largely determined measure the outcome of both bills. The Build Back Better reconciliation bill will again test whether the House can build leverage against the Senate, even without the filibuster.

Jane Chong: This is not the Senate the framers envisioned

Another option to make the House more effective in legislating and to open up the possibility of more voices being heard in the law-making process would be to change the rules of the House to re-empower individual members and committees, thereby providing more opportunities for bipartisan legislation. happen in the house. The bipartisan House Problem Solvers Caucus, of which I was a member, attempted to do this in 2018, when it endorsed a package of rule changes. Leveraging our votes in the January 2019 House Speaker election allowed us to win some changes. A new speaker will be chosen in the next Congress (assuming Nancy Pelosi keeps her promise to resign or the Republicans become a majority), presenting another opportunity to secure policy reform. But if nothing changes, “the people’s house” will continue to produce more theater than solutions, failing the people and our democracy.

This Newly Recognized Sloth Species Has a Head Like a Coconut