Home HEALTH Polio May Be Spreading in the US: How to Protect Yourself
HEALTH

Polio May Be Spreading in the US: How to Protect Yourself 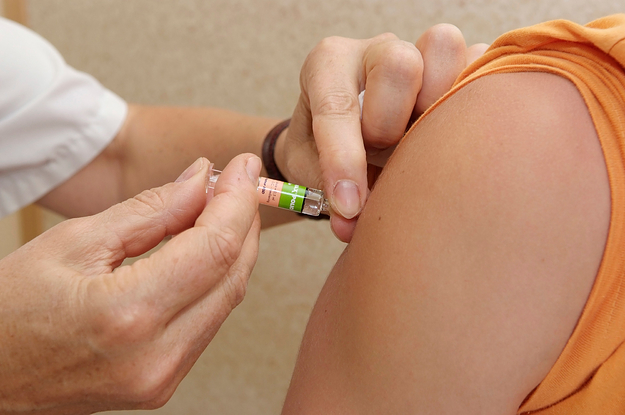 Americans have a lot on their plates right now: the COVID pandemic, an outbreak of monkeypox, and now polio, a serious, life-threatening disease that is highly contagious, untreatable, and poses a low but viable risk of paralysis. in adults and children. that get infected. Chaos has already broken out in family group chats, now filled with frantic messages a fathers asking about polio vaccination records.

The latest public health threat became real when the New York health department in July confirmed the first US polio case in nearly a decade in an unvaccinated Rockland County resident, a finding bolstered by sewage samples confirmed positive polio in the area as soon as may.

The person experienced paralysis, which is usually permanent, but it is unclear how their health status has improved or changed.

The last case of wild polio to originate in the US occurred in 1979. Since then, however, a handful of infections have emerged in people living in regions where the virus is still spreading. (There has been a global effort to eradicate poliosimilar to the way smallpox was eliminated from the earth thanks to vaccines, but persistent pockets of infection remain in two countries, Pakistan and Afghanistan).

The virus has been detected in sewage samples in Orange County, New York, and most recently in New York City as early as June, which “is alarming, but not surprising,” New York State Health Commissioner Dr. Mary Bassett said in a news release published on August 12.

All sewage samples collected so far (except those from New York City) have been “genetically linked” to the Rockland County case. suggesting that polio is spreading locally among people with no or mild symptoms. Symptoms of polio can include fatigue, nausea, headache, stomach pain, and sore throat, and can be nearly impossible to distinguish from other illnesses. Additionally, the Rockland County case is genetically linked to polio sewage samples collected at Israel and Londoneven though the person has no travel history to or from these regions.

Officials in New York (and London) are urging unvaccinated children and adults, including pregnant people, to get vaccinated against polio if they haven’t already, stating that “for every observed case of paralytic polio, there may be hundreds of others infected.”

Bassett said officials are treating this case “as just the tip of the iceberg of a much larger potential spread.”

Although most cases of polio cause mild symptoms, some people with polio develop mild meningitis, an infection of the brain and spinal cord membranes. Even fewer will be paralyzed if the virus enters their spinal cord. It is said that about one in 200 cases of polio will result in paralysis.

But it is a dangerous disease that caused 15,000 cases of paralysis each year before vaccines became available in the 1950s. (A Texas man has lived more than 70 years in an iron lung due to polio infection at age 6). The development of the polio vaccine was considered one of the most important scientific achievements of the 20th century.

Given the story, BuzzFeed News set out to find out how much of our already depleted energy should be spent worrying about polio infection, and whether those of us who were vaccinated as children should seek a booster.

While the experts we spoke with expressed genuine concern about the unexpected and disturbing local transmission we’re seeing, they made one point clear: Vaccinated people should be fine; unvaccinated people are not.

“It is a real wake-up call for everyone that this vaccine-preventable disease is out there. It’s been more than 40 years since a case was acquired in the US, and that’s what’s scary,” said Dr. Dean Blumberg, chief of pediatric infectious diseases at the University of California, Davis. “There is enough susceptibility due to vaccine hesitancy that it will almost certainly spread and be detected in other communities.

“So I think everywhere, no matter where you are in the world, it’s important to be up-to-date on your vaccinations in general, and the polio vaccine specifically.”

How did a Rockland County resident get polio?

It’s unclear how the Rockland County resident contracted polio, a spokesperson for the Rockland County Health Department told BuzzFeed News. But we do know that this person did not travel outside the country within the period of infection based on when his symptoms arose, the spokesman said.

This is a mutated version of the weakened live poliovirus that is contained in the oral polio vaccine, or OPV, that is still given in other countries but has not been given in the US people who are not fully vaccinated, not vaccinated at all, or immunocompromised, in whom the virus it can spread over longer periods of time.

All of this means that the Rockland County resident likely contracted polio from someone else in the US who was vaccinated with OPV in another country, but this has not been confirmed.

Poliovirus can live in the intestine for several months, according to Blumberg, which is not good news considering the virus is spread primarily by the fecal-oral route. So touching a dirty diaper or public restroom, or even eating food prepared by an infected person who didn’t wash their hands properly after using the restroom, can expose you to polio.

The virus can last in the respiratory tract for about a week or two, Blumberg said, but airborne transmission is not the best way for this virus to spread.

In other words, the Rockland County resident could have contracted polio at any time while in public places. However, health officials clarify that this person is not necessarily the source of the ongoing local transmission in the New York area.

Three cases of VDPV have occurred in the US since 2000 prior to this event: one in 2005, one in 2008, and one fatal case in 2013, according to the CDC. All of these infections were related to mutated OPV viruses and occurred in children and adults who were unvaccinated or had weakened immune systems.

What is the risk of vaccinated people contracting polio?

The only polio vaccine that has been given in the US since 2000 is the inactivated polio vaccine, or IPV. The country began using this vaccine in 1987, but began using it exclusively in 2000 to eliminate the risk of VDPV from the oral vaccine.

IPV does not contain live poliovirus, so people cannot infect other people once vaccinated. The only downside to IPV is that it cannot stop the spread of wild poliovirus (although this is not and has not been a concern in the US for a while). This is because it offers lower levels of immunity within our GI tract than OPV.

It’s recommended that children receive a total of four doses of IPV, including at 2 months of age, 4 months, 6 to 18 months, and then the fourth dose between 4 and 6 years of age. Two doses of IPV provide 90% protection against all wild polioviruses as well as VDPV. Three doses are 99% effective, the CDC says, adding that 99 out of 100 children who receive all recommended doses are protected.

In general, vaccines protect us against infection. Progressive infections are very rare, but if they do occur, the illnesses usually have no or mild symptoms, the CDC says. Polio vaccines also protect against paralysis, even in people with advanced infection.

Should I get a polio booster?

But what about us anxious adults? Should we get reinforcements to improve our protection as polio spreads? The short answer is no, according to Dr. Adam Ratner, director of pediatric infectious diseases at NYU Langone Health.

“People who are fully vaccinated, including adults who received the full series as children, don’t have much to worry about right now in terms of their risk of contracting paralytic polio, even if they are exposed to poliovirus,” Ratner said. “The most important thing is to find the people who are not vaccinated at all and get them their primary series.”

That said, if parents of young children aren’t sure if their child has received the polio vaccine or finished their series, it’s safe to give them a booster shot, according to Ratner. “It wouldn’t be dangerous to do that,” she said.

The only circumstances that warrant increased risks of polio infection are those that involve travel to a country where polio has not been eradicated, such as Afghanistan and Pakistan; work in a laboratory that involves poliovirus management; and close contact with polio patients as a health care provider.

Adults in these groups who have been vaccinated you can receive an IPV booster for life. Those who have not been vaccinated should receive three doses. The first can occur at any time, followed by a second injection one to two months later, and the third six to 12 months later.

Adults who have only received one or two doses should complete their vaccine series, experts suggest, no matter how long it has been since the last dose.

We don’t know exactly how long protection from IPV lasts, but the CDC says that vaccinated people are “most likely it will be protected for many years after a full series.”

A 2021 study suggests that protection from OPV (which some older adults in the US may have received as children) last at least up to 18 years after vaccinationwith some antibodies lasting more than 30 years after a last dose.

A separate 2021 study published in the Journal of Infectious Diseases found some evidence that protection against IPV It remained strong for at least 10 years after vaccination..

Why is there a threat of polio now after many years without activity?

When my doctor walks into the exam room, I want him to pay attention to me, not the computer. Not only is that...
Read more
HEALTH

Over the past six weeks, system outages have been reported at some public hospitals and health centers of the National Health Group and the...
Read more
HEALTH

Tony Leys and Arielle Zionts NEWTON, Iowa — Jeff White knows what can happen when 911 dispatchers get a call about someone feeling down or...
Read more

NEWYou can now listen to Fox News articles! The Cleveland Browns were able to quickly erase their lousy loss to the New York...
Read more

Republican governors continue to send thousands of immigrants to other states