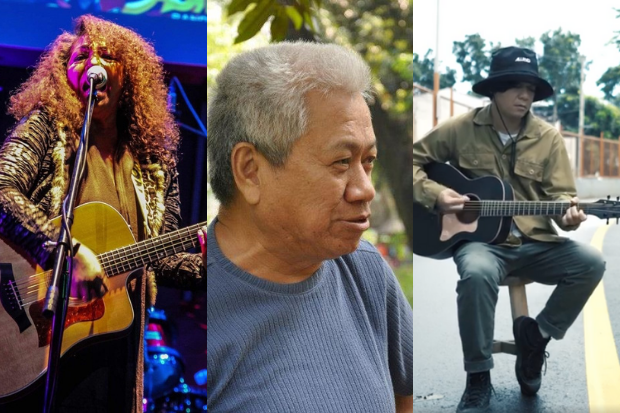 Bartolome died after suffering from persistent prostate disease for more than a year, his brother Jesse confirmed yesterday.

Carbon from the band Asin honored Bartolome by showing a throwback video of herself singing her song “Karaniwang Tao” on her Facebook page today, November 16th.

(“Karaniwang Tao” from a one-of-a-kind writer and musician. Thank you Heber Bartolome. Greetings to you for your journey. See you next stop.)

Pedicab’s Marasigan also thanked Bartolome, who he called “Ka Heber”, on his Twitter page, even today.

Rapper Gloc-9 also paid tribute to Bartolome by writing the lyrics for “Tayo’y Mga Pinoy,” on his Facebook page today.

Jugs Jugueta of the band Itchyworms, meanwhile, recalled seeing Bartolome live when he was young, describing the experience as “magical” on his Facebook page today.

“There was something special about seeing a man with just an acoustic guitar and a [microphone], singing his songs for everyone to hear, “he recalled.” Napaka intimate pan place, tapos feeling ko, ako yung kinakausap niya habang kinakanta yung ‘tayo’y mga Pinoy, tayo’y hindi Kano’, “he recalled. (The venue was so intimate and I heard him talking to me as he sang “tayo’y mga Pinoy, tayo’y Hindi Kano.”)

As is done with our podcast, Heber Bartolome is a live artist. Grade 4 or 5 yata ako …

Bartolome formed the Banyuhay protest band with his brothers Jesse and Levi when the Philippines was under the martial law regime of the late dictator Ferdinand Marcos. Aside from the nationalist anthem “Tayo’y Mga Pinoy”, Bartolome is also known for the revolutionary songs “Dukha” which tackled poverty, “Nena” which pushed for women’s rights and “Payag Ka Ba? ” which is popular with activists, among others.

Bartolome’s family have not yet released details of his burial as of this writing. /RA

The hottest entertainment news straight to your inbox