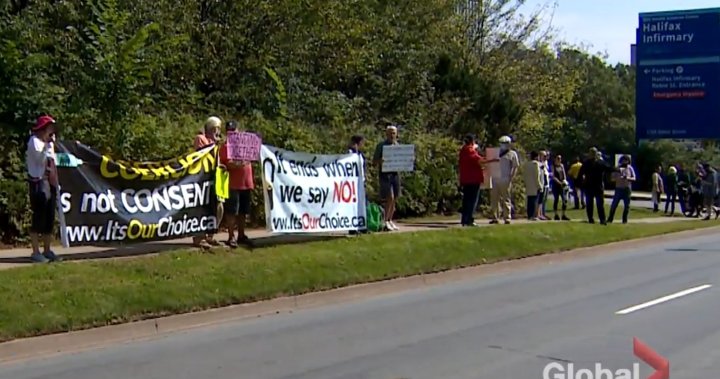 Nova Scotia is introducing legislation to protect healthcare providers and patients from protests that take place outside healthcare facilities.

The move was prompted by a series of protests outside the country’s hospitals, including in Halifax in September, against COVID-19 measures.

The legislation establishes a “safe access bubble zone” of 50 meters.

Peaceful protests can occur outside of that perimeter, the province notes.

“Nova Scotians have the right to access health care without fear for their health and safety. This includes patients and their families,” Prime Minister Tim Houston said in a statement.

“While Nova Scotians have the right to protest, protests cannot be allowed to disrupt access to health care. People need to be able to go to work or access the help they need without being intimidated or harassed. “

This legislation will go into effect when it receives actual approval. The province notes that the legislation is not limited to the current state of emergency, which went into effect in March 2020 due to the COVID-19 pandemic.

The province warns that the sanctions for this new act will be similar to that one.

Quebec adopted a law banning COVID-19-related protests outside of schools and hospitals, while Alberta recently announced that it would add hospitals, clinics, and other healthcare facilities to a list of essential infrastructure protected by an anti-lockdown law.

– with archives from The Canadian Press