Monkeypox is ‘outside the box’ and has Europe on edge 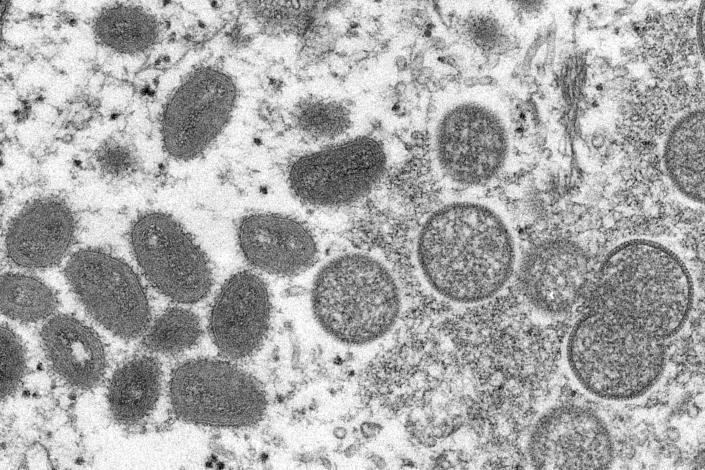 BARCELONA — For decades, experts believed that monkeypox would simply stay in Africa. This May, the zoonotic virus proved the fallacy of that idea, showing up in 23 countries, many of them in Europe, prompting the World Health Organization to declare on Sunday that it was a “moderate” risk to global public health.

“It’s an unusual situation,” dr Silvia Briand, director of the WHO Department of Pandemic and Epidemic Diseases, during a webinar on Monday. “Before we had [monkeypox] only in certain countries. Now it’s out of the box.”

The sudden rise in cases in Europe, where the UK and Spain have so far recorded 300, is prompting health authorities to issue alerts, warning sexually active populations, particularly those engaged in high-risk activities, to be watch for symptoms. The UK has also urged monkeypox sufferers refrain from intimate relationships, not have contact with pets and not leave their homes for a month.

Officials in the UK which on Tuesday confirmed 179 casesand Spain, where the Ministry of Health on Monday announced that it has 120 casesare recommending smallpox vaccinations for close contacts of those already infected, believing that a vaccine for the related virus given within four days of exposure can minimize symptoms of monkeypox.

But Dr. Daniel López-Acuña, the WHO’s former director of crisis management, told Yahoo News that “we won’t need vaccines from the general public,” as the disease likely won’t affect large swaths of the population. That’s encouraging, given that smallpox was eradicated in 1980 and smallpox vaccine supplies are in short supply. (The good news is that health officials say people over 45, most of whom have been vaccinated against smallpox, may be much less likely to get monkeypox.)

Beyond the case numbers in Europe, which are soaring higher than in most African countries where monkeypox is endemic, what the recent outbreak underscores is that person-to-person transmission is possible, and that human sexual contact is now what is spreading the disease. , unlike contact with wild animals.

According to Spanish health officials, two of the alleged “amplification events” that helped spread monkeypox in Europe took place in Spain. One was at a now-closed popular gay sauna in Madrid that was reportedly linked to at least 20 infections. Another occurred in the Canary Islands, the Spanish territory facing Africa, which hosted a 10-day gay pride event in early May attended by 80,000 people, and which resulted in cases in other European countries, including Denmark and Slovenia.

“But it is not a gay disease, the transmission could have happened at a business conference or a political rally,” Dr. Roger Paredes, head of the Department of Infectious Diseases at the Germans Trias i Pujol Hospital in Barcelona, ​​told Yahoo. News. It is spread through close skin-to-skin contact, Paredes added, and is just as likely to be spread by heterosexuals.

In fact, close physical contact of many kinds, including talking closely for an extended period of time and perhaps even dancing, could transmit the disease, which can spread through respiratory droplets as well as through skin that touches skin, and through clothing and bedding.

Health experts now believe that monkeypox may have been spreading for months or even years, previously unrecognized and only now occurring in numbers large enough to warrant global alerts.

“At first, some doctors were confused, thinking that this could be a manifestation of complicated syphilis. [case]a manifestation of another new disease or even an extreme expression of genital herpes,” López-Acuña said.

The fact that the disease is breaking out just before summer, with its music festivals, big parties and extended travel, makes the problem more difficult, as does the fear of stigmatizing those who show symptoms. “We need to identify the cases, take good care of them and make sure they are isolated,” Paredes said, “and then contact tracing,” which is key to controlling the spread.

Also, since the lesions from this outbreak tend to appear in “the nether regions,” according to Dr. Rosamund Lewis, the WHO’s leading monkeypox expert, some people who have it may not even know it. “You may have these lesions for two to four weeks. [in the genital and perianal regions]so they may not be visible to others, but it can still be infectious,” he said Monday.

To further complicate matters, the recommended quarantine period of one month for those infected. “That’s hard to maintain,” Paredes said. “People don’t usually stay at home for a month without going out.”

However, many believe this outbreak can be contained if people with monkeypox identify themselves to medical professionals and commit to self-isolation, and if their contacts are quickly traced. “Collectively, the world has a chance to stop this outbreak,” Lewis said. “There is a window.”

But if it’s not stopped soon, some experts, including López-Acuña, believe that monkeypox could enter the list of sexually transmitted infections, even though it is not, by definition, an official sexually transmitted infection. illness. He shrugs off “the whole debate of whether it’s an STD or not” as a matter of semantics. “The fact is that the dominant mechanism of transmission in these recent outbreaks in Europe has been sexual,” he said.

That monkeypox is transmitted through sex is not a big surprise to American epidemiologist Dr. David Heymann, currently a professor of infectious disease epidemiology at the London School of Hygiene and Tropical Medicine. The Centers for Disease Control and Prevention sent him to Africa as the lead investigator for monkeypox in the 1970s, when it was largely a disease seen in children. Three years ago, he chaired a seminar at the London Chatham House think tank that examined rapidly accelerating monkeypox rates in Africa: increases attributed in part to more frequent global travel, rising numbers of the population that had not been vaccinated against smallpox, and even floods that brought humans and wildlife closer together.

One curious idea that came out of the seminar was “an observation that some people with monkeypox have genital lesions,” he told Yahoo News. “And there was a hypothesis that they could transmit monkeypox if there was close contact in the genital area.” Now, that hypothetical mode of transmission appears to be exactly what is spreading the disease through skin-to-skin contact, although it’s not clear if the exchange of bodily fluids can also spread it.

In fact, although monkeypox has been seen in humans for more than 40 years, there are still a number of unknowns in this current outbreak. “Pets,” Paredes said, “are pretty much uncharted territory. There is potential transmission to pets, but our main epidemiological concern is if pets get infected and go outside and meet other pets,” thereby increasing the animal reservoir of infection. possible carriers.The safety of places like public swimming pools is also “uncertain,” he said, though people with monkeypox should remain isolated at home anyway, he added.

But for now, at least, health officials are relieved that what is circulating widely is the West African strain of monkeypox and not the much more serious strain from Central Africa, which is the one most likely to spread. will show in the photographs accompanying the reports, according to Heymann, who noted that the Central African strain is “beginning to spread from person to person. And it’s a big threat.” That tension can be fatal to 10% of those who acquire it, According to the WHO. Heymann attributes the absence of that strain in Europe to the fact that those who contract it are “extremely ill” and less likely to travel.

While emphasizing that monkeypox “is not going to be like COVID, it is not going to be a super-spreading disease that everyone can get everywhere,” Paredes said health authorities want to nip it in the bud. “The big question,” he added, “is whether or not monkeypox will become endemic in Western countries. That depends on how well we do our job in the coming weeks.”

Although the risk to the general public may not be high, López-Acuña suggests that the measures put in place to combat COVID may benefit those who want to absolutely minimize all risk of contracting monkeypox. These include wearing masks, social distancing, and staying away from crowded environments. Despite a renewed sense of freedom in Spain (where indoor COVID mask-wearing mandates were lifted only at the end of April), an attitude that may have promoted increased sexual activity, he noted that 4,000 Spaniards have died from COVID in the last two months.

When my doctor walks into the exam room, I want him to pay attention to me, not the computer. Not only is that...
Read more
HEALTH

Over the past six weeks, system outages have been reported at some public hospitals and health centers of the National Health Group and the...
Read more
HEALTH

Tony Leys and Arielle Zionts NEWTON, Iowa — Jeff White knows what can happen when 911 dispatchers get a call about someone feeling down or...
Read more

The popular Minecraft YouTuber who goes by the name Technoblade has died at the age of 23.His father read a farewell statement from Technoblade,...
Read more

Brian Cox Doesn’t Think There Is A ‘Succession’ S5

There are some shows you wish would go on forever, and some much-loved shows you do continue forever, despite losing momentum a few seasons...
Read more