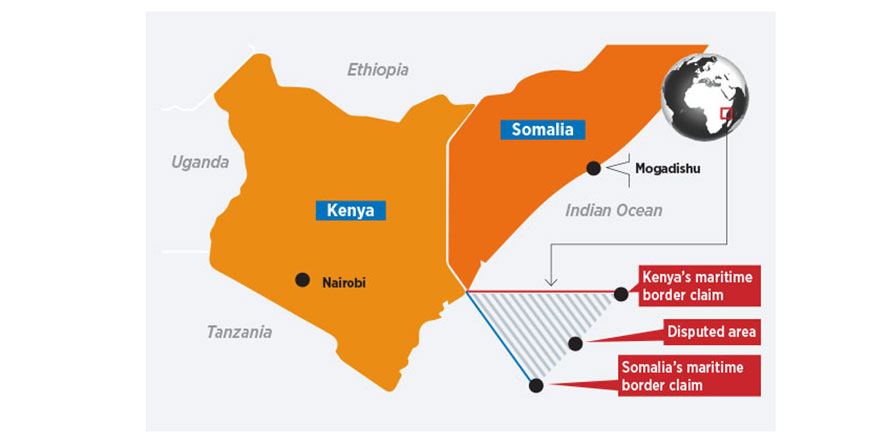 Kenya lifted a pre-verdict storm on Friday against the International Court of Justice verdict due on Tuesday, saying the judges’ decision will be the product of a “flawed” process.

Nairobi announced that it had withdrawn the jurisdiction of the compulsory Court, a principle of international law that means that each State that has granted the Court this type of acceptance has the right to sue other States and that has agreed to appear before the Court if it is defendant.

Kenya said it notified the court of this recall on September 24. However, this decision will not affect the judgment of the court, technically, since the rules or reservations do not apply to cases that are already in progress.

The move was announced in Nairobi by Chief Foreign Secretary Macharia Kamau as the ICJ prepares to announce the verdict in a maritime boundary case brought by Somalia.

Mogadishu had demanded a review of the maritime border in what could alter the oceanic territory for both countries if the ICJ ruled in favor of Somalia.

“The delivery of the judgment will be the culmination of a flawed judicial process with which Kenya has had reservations and has withdrawn, not only because of its obvious and inherent bias, but also because of its inability to resolve the dispute in question,” PS Kamau said, suggesting that the lawsuit was seen from the beginning as a threat to the territorial integrity of Kenya.

“For these reasons, and in addition to withdrawing its participation in the current case, Kenya, on September 24, 2021, also joined with many other members of the United Nations in withdrawing its recognition of the compulsory jurisdiction of the Court. As a sovereign nation, Kenya will no longer be subject to an international court or tribunal without its express consent. “

The court of 13 judges, including a Somali, and chaired by American Joan Donoghue, will deliver its final verdict on Tuesday and is expected to issue instructions on what the two countries should do. ICJ rulings are usually binding between states and there is no option for appeal.