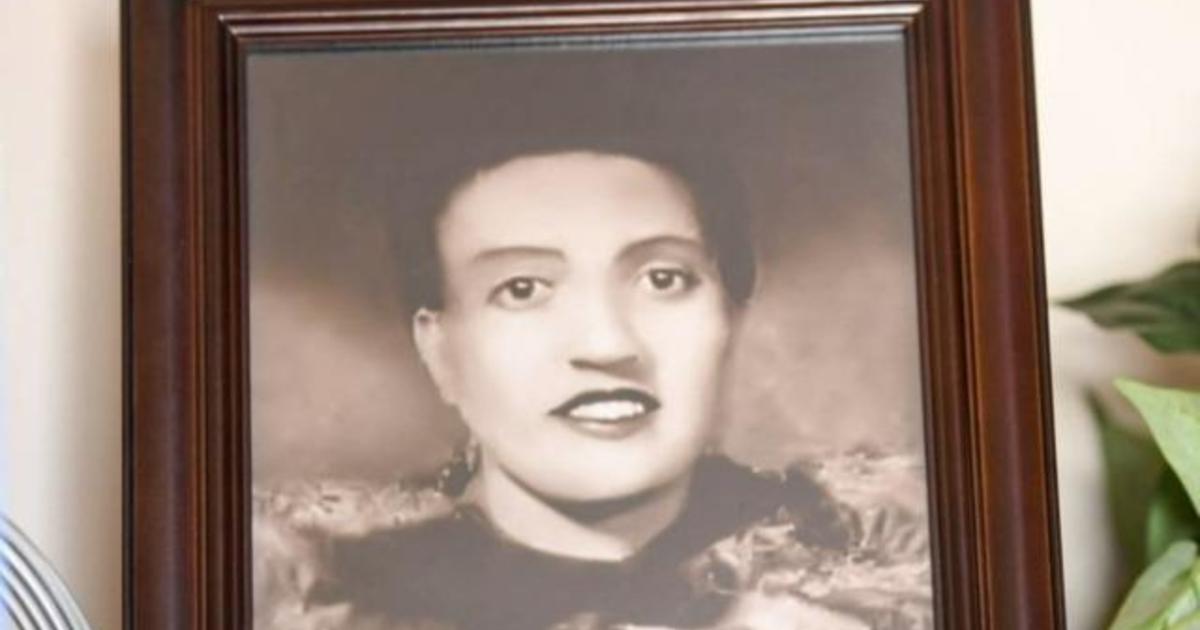 The World Health Organization (WHO) on Wednesday granted a posthumous award to Henrietta Lacks, a black woman who was unknowingly biopsied of cells in her body while undergoing cancer treatment and ultimately helped change her medical history.

The cells that were taken from Lacks’ tumor, called HeLa cells, were the first human cells to be successfully cloned and have been infinitely reproduced ever since. Those cells, the WHO said in a statement, “have enabled incalculable scientific advances” related to the human papillomavirus (HPV) vaccine, the polio vaccine, HIV and cancer drugs, COVID research. -19 and even the effects of zero gravity.

WHO Director-General Dr. Tedros Adhanom Ghebreyesus presented the award and said it is important for the organization to recognize his non-consensual, but critical, contribution to modern medicine. For years, the WHO said, Lacks’ race and history were hidden from the global scientific community.

“In honoring Henrietta Lacks, WHO recognizes the importance of taking into account the scientific injustices of the past and promoting racial equity in health and science,” said the Director-General. “It is also an opportunity to recognize women, particularly women of color, who have made incredible but often invisible contributions to medical science.”

Lawrence Lacks, one of Henrietta Lacks’ five children, received the WHO award in her name on Wednesday.

“My mother’s contributions, once hidden, are now being legitimately honored for their global impact,” the 87-year-old said. “My mother was a pioneer in life, giving back to her community, helping others live a better life and caring for others. In death, she continues to help the world. Her legacy lives on in us and we thank you for saying your name. “

Lacks was the mother of five children when she was diagnosed with cervical cancer. The cells taken from Lacks’ body, the WHO said, have been “mass-produced, for profit, without recognition of his family.” More than 50 million metric tons of HeLa cells have been distributed globally and have been the subject of more than 75,000 studies.

Johns Hopkins researcher Dr. George Gey obtained the cells from Lacks in 1951. Johns Hopkins It says on its website that the entity “never sold or benefited from the discovery or distribution of HeLa cells and does not own the rights to the HeLa cell line.” Rather, Johns Hopkins says, it offers the cells “freely and widely for scientific research.”

Earlier this month, on the 70th anniversary of Lacks’ death, his family to the south biotech company Thermo Fisher Scientific Inc. for selling its cells, saying it was part of a “racially unjust medical system.” The family has requested that the company report to the Lacks family the total amount of net proceeds it made from the sale of the HeLa cells.

“Thermo Fisher Scientific has known that HeLa cells were stolen from Ms. Lacks and decided to use her body for profit anyway,” the lawsuit says, adding that white Johns Hopkins physicians in the 1950s , where Lacks underwent treatment, preyed on black women with cervical cancer.

“The exploitation of Henrietta Lacks represents the sadly common struggle experienced by blacks throughout history,” the lawsuit says. “Indeed, the suffering of blacks has driven countless medical advances and earnings, without just compensation or recognition. Various studies, both documented and undocumented, have thrived on the dehumanization of blacks.”

Among the family estate attorneys is civil rights attorney Ben Crump. “We want to make sure that the voice of the family is finally heard after 70 years of being ignored,” Crump told CBSN last week. “US pharmaceutical corporations have a shameful history of profiting from research on the use and exploitation of black people, their diseases and their bodies.”

Li Cohen is a social media producer and trend reporter for CBS News, who focuses on social justice issues.