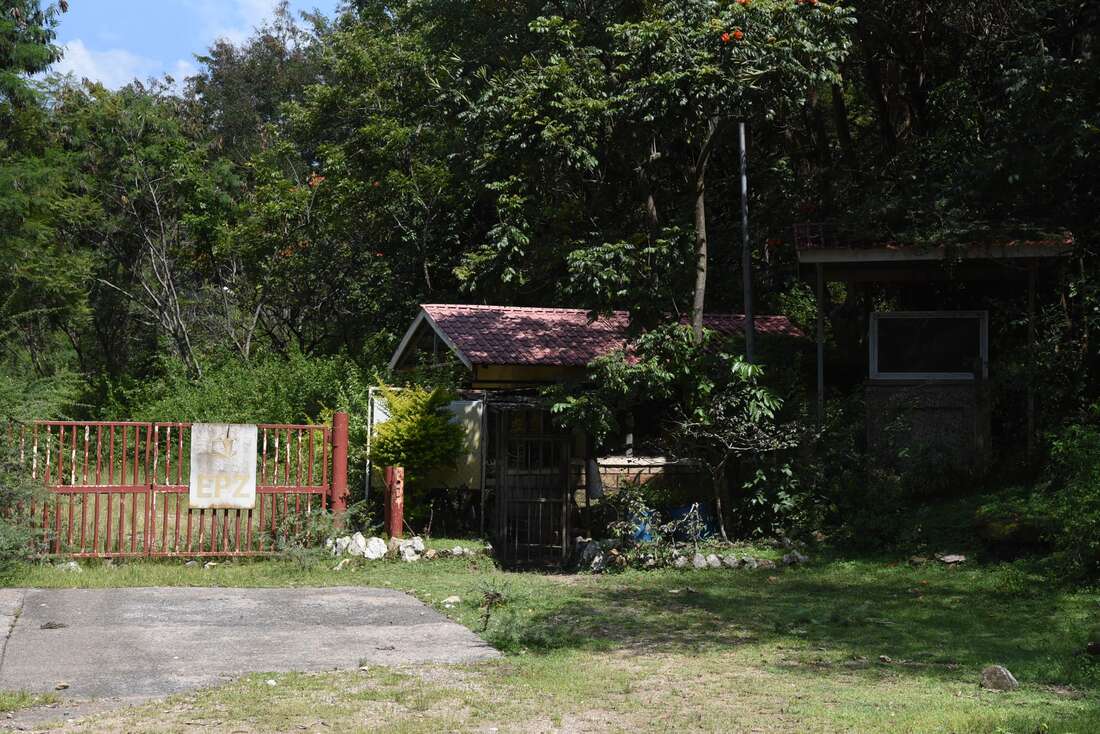 The collapse of the Kenya Fluorspar Company, the only business to have been in operation in Elgeyo Marakwet County for more than 50 years, has had a negative impact on the socioeconomic well-being of residents.

Today’s billion-shilling mining company is a pale shadow of itself after it shut down nearly six years ago for what management attributed to a prolonged global drop in commodity prices.

Fluorspar, used in the manufacture of fluoride for cooling plants, was mined for decades in the 970-acre strip of Kimwarer, South Keiyo sub-county, which is part of the riches of the Kerio Valley Basin.

But the company that was the backbone of the economic livelihood of thousands of residents through job and business opportunities is only a name.

Machinery that once roared with life is now rusting in the complex that is today dense. Thousands of workers who were left without work face serious socio-economic challenges.

At its peak, the company exported more than 106,000 tonnes of fluorspar before reducing its operations in 2014 before shutting them down in 2016 due to low international market prices for minerals.

It had assets worth more than Sh5 billion and employed more than 3,000 people contributing directly and indirectly to the growth and development of the economy of the semi-arid region.

What was the main administrative office, the factory and the Export Processing Zone (EPZ) have been covered by bushes and tall grass. It has become a grazing field for the cattle that roam the region.

The once vibrant Kobil gas station at the main factory entrance has been vandalized, while the open and unprotected minefields are filled with water, posing a danger to residents and livestock.

“The company’s operations were instrumental in sustaining the transportation and hospitality industry that created many job opportunities,” said Ben Komen, a former logistics officer for the company.

The fluorspar mined at Kimwarer was trucked through the Kerio Valley to the flax market before being loaded onto wagons and brought to the port of Mombasa by rail.

“More than 300 trucks transported the minerals from the factory, while another 200 were involved in transporting from Kaptagat to Mombasa. There were more than 200 trucks operating in the mining field, but those opportunities in the transportation sector disappeared with the collapse of the company, “said Wesley Kiplagat, one of the residents and former employee of the company.

The Kimwarer – Nyaru highway, which the company maintained, is now in a pathetic state and requires urgent repairs to facilitate smooth transport operations along the Kerio region belt.

“The Kimwarer-Nyaru road became impassable after the company closed the store,” said Joseph Cheruiyot, an elder from Kimwarer village.

The company had primary and nursery schools and a medical center, and ran sports programs and other community activities. They too collapsed with the closure of the company.

The local community took over the learning institutions, while the Elgeyo Marakwet county government handed over the health center.

“A prolonged global drop in commodity prices has negatively affected extractive companies, including fluorspar. Low demand and prices since 2012 have caused losses for the last three years, ”Nico Spangenberg, the then CEO of the company, said in an interview before suspending operations.

“A collapse in market conditions led to a dramatic reduction in prices and demand for fluorite and therefore the company’s operations have become unsustainable in today’s market,” explained Mr. Nico.

At the height of its operations, the company paid an average of Sh20 million per month for electricity.

The exit of the company now leaves South Africa and Morocco as the remaining African countries of origin in the world market.

In terms of global production, China produces 60 percent and Mexico 20 percent, complicating the market situation, resulting in the closure of mining companies, including the Kenyan fluorspar and others in Bulgaria.

Some of the markets that were affected by the closure of the company include Muskut, Kimwarer, Turesia, Kabokbok, Kowochii and various shopping centers in Soy.

“Only three of the 13 stores survived when the company suspended operations in 2009/2010, but the recent move has dealt us a major blow,” said Leah Jepkurui, Kimwarer market hotelier.

The microfinance companies and hotels had established their base in the Kimwarer market with employees from the mining company.

“We have no choice but to move to other areas due to lack of business, as the laid off employees were our main customers,” said Joseph Kwambai, who operates an M-Pesa store in the Muskut market.

Local leaders asked the government to find a strategic partner and revitalize the company.

Led by Gov. Alex Tolgos, they said machinery worth millions would be wasted.

“It is unfortunate that machinery is rusting while hundreds of workers who were laid off face serious financial difficulties,” Tolgos said.

“The reactivation of the company will go a long way towards boosting the socioeconomic status of our people,” Tolgos added.

The leaders called the exit a “move calculated to avoid paying compensation to displaced families and evade the remittance of taxes to the government.”

“It is necessary to conduct a forensic audit on the company’s books of accounts to establish whether it has been remitting taxes,” demanded Micah Kigen, one of the leaders. He demanded the implementation of a report from the working group that recommended that the government compensate families displaced from the mining camp.

“Both the government and the company must offer better compensation to families so that they can earn a decent living,” said Mr. Kigen.

He rejected the 450 shillings per acre that the government had offered to families for land reimbursement, calling it too low.

But the more than 1,400 beneficiaries of the Sh1 billion reserved by the government for compensation will have to wait until the National Land Commission (NLC) completes its verification process.

The government faces a daunting task in examining thousands of claims to determine the true beneficiaries.

According to NLC Acting Executive Director Kabale Tache Arero, residents will only know their fate after commission officials establish the true beneficiaries.

“The Ministry of Mining, NLC created a working group to handle the issue of past and present compensation until then, no payment will be made,” said Ms. Arero.

In 2018, the government announced the start of background checks on residents in an attempt to determine who will benefit from Sh1 billion in compensation after they were displaced to pave the way for mining activities, but the process has yet to take place. concluded.

The delay in compensation has been attributed to tug of war between the Ministry of Mining, NLC, and the Elgeyo Marakwet County Commissioner’s Office over past payment records.

“There were people who were compensated in the 1970s by the county council, when it was raised, we were summoned by the National Assembly … we had to ask the county commissioner for information but he gave us inconclusive information that prevented us from finalizing this matter, “Mrs. Arero.

A representative sample of residents has expressed fear that the payment process has taken longer than expected, while the amount offered by the government is “too small.”

“Since we were displaced 50 years ago, the value of the land has appreciated and that is why we feel that the Sh1 billion announced by the government is a negligible figure,” said Kimwarer Sugutek community pressure group chairman Joseph Kandie.

They want thousands of workers affected by the company’s closure to be considered for employment should a new investor take over the factory management.