Deadly clashes in Beirut after protests against the port blast judge 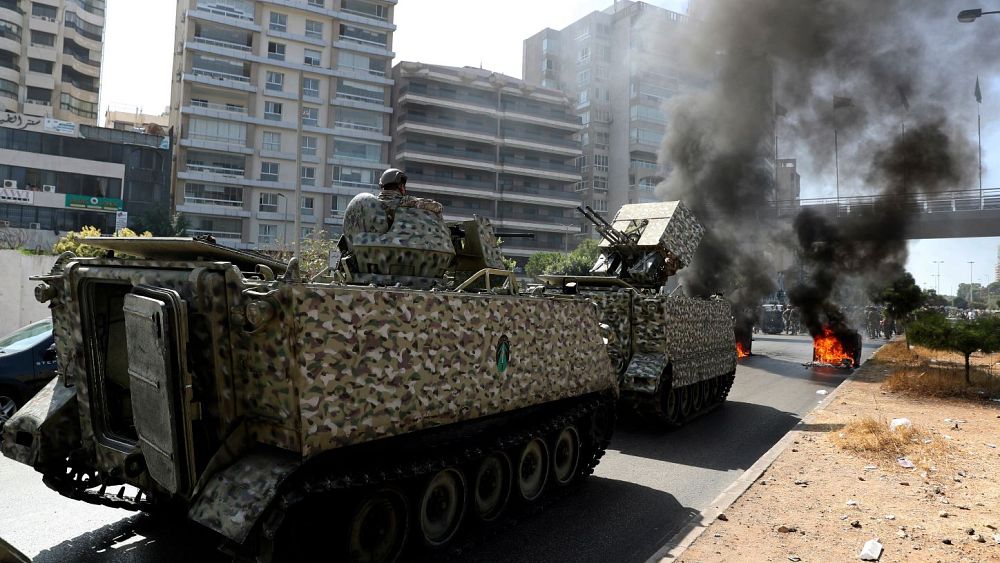 Several people have been killed in clashes in Beirut over the devastating explosion at the port last year.

The violence erupted during a protest organized by the militant group Hezbollah and its allies against the chief judge investigating the explosion.

At least five people were killed and dozens injured in some of the largest clashes in years, authorities said.

The shots rang out in the capital for several hours and ambulances, sirens howling, rushed to pick up the wounded.

Images on social media showed local school children hiding under their desks or gathering on the ground outside of classrooms.

Tensions were high in Lebanon as Iranian-backed Hezbollah and its Shiite allies in the Amal Movement demanded the removal of the judge who led the investigation into the Beirut port explosion last year.

The two sides called a protest near the Palace of Justice, along a former civil war front between the Muslim Shiite and Christian areas.

In a statement Thursday, the two groups said their protesters were targeted by snipers deployed on rooftops in the Tayouneh area.

The subsequent armed clashes with the worst in Lebanon since 2008, when the Shiite Hezbollah briefly invaded parts of Beirut.

Lebanon’s Prime Minister Najib Mikati has called for calm and urged people “not to be drawn into civil strife.”

The investigation into last year’s explosion in Beirut focuses on hundreds of tons of ammonium nitrates that had been improperly stored in a port warehouse.

The August 4 explosion killed at least 214 people, wounded thousands and several districts of the capital.

The explosion further devastated a country already shaken by political divisions and an unprecedented economic and financial collapse.

The authorities have been accused by the families of the victims of criminal negligence and of refusing any international investigation.

Judge Tarek Bitar, the second to lead the investigation into the blast, has been accused of singling out politicians for questioning, most of them Hezbollah allies.

None of the Hezbollah officials have been charged so far in the 14-month investigation. All have denied wrongdoing.