HomeWorldClimate Change: The 'Walrus From Space' Project Urges The Public To Help...
World 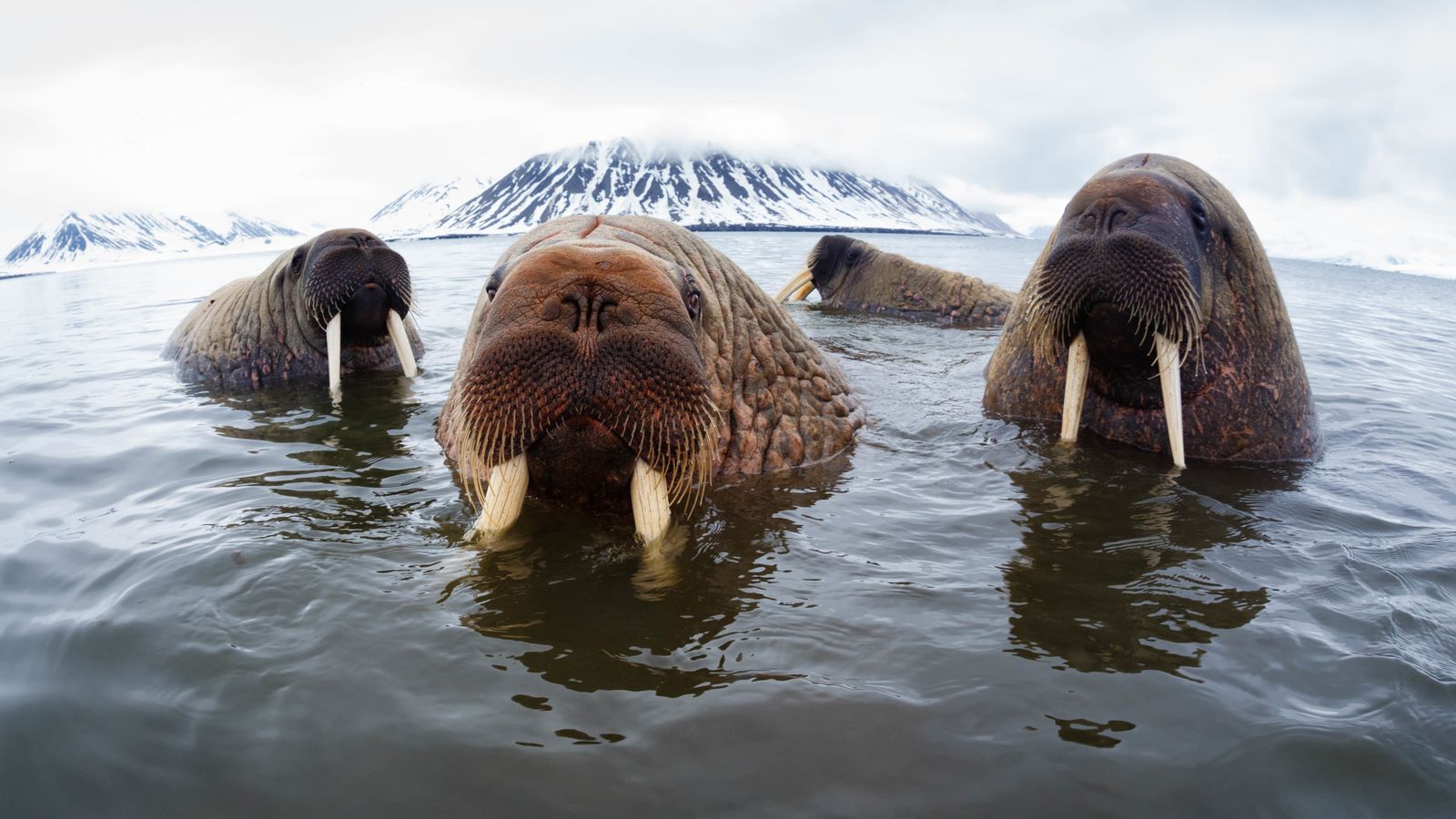 Researchers studying how walruses will be affected by the climate crisis are looking for half a million people around the world to help detect the animals in satellite images.

Conservationists from the World Wildlife Fund (WWF) and the British Antarctic Survey (BAS) have launched the project “Walrus of space”, a census of Atlantic walruses and Laptev Sea walruses.

Researchers are on the lookout for “citizen scientists” to detect walruses from their own homes to help track populations.

The work aims to track the effects of global warming about animals and give scientists a better idea of ​​how many are left in the wild.

It occurs when walruses become increasingly vulnerable to climate change as their Arctic The home is warming nearly three times faster than the rest of the world, with about 13% of summer sea ice disappearing per decade.

Little is known about how many walruses, an important species in the Arctic ecosystem, exist along a remote and largely inaccessible 25,000 square kilometer stretch of Arctic coastline, an area larger than Wales.

To count the animals, the researchers are asking members of the public to help track thousands of satellite images taken from space.

Half a million people around the world are expected to join the project to spot the areas where walruses emerge from the water onto land, counting the number they see.

The data collected will help inform decisions about conservation efforts for the species.

Hannah Cubaynes, Space Wildlife Research Associate at the British Antarctic Survey, said: “Assessing walrus populations with traditional methods is very difficult as they live in extremely remote areas, spend much of their time on sea ice, and move around a lot.

“Satellite images can solve this problem, as they can examine large stretches of coastline to assess where the walruses are and help us count the ones we find.

“However, doing that for all the Atlantic and Laptev walruses will require a large number of images, too much for a single scientist or a small team, so we need the help of thousands of citizen scientists to help us learn more about this. iconic animal.. “

Rod Downie, WWF’s chief polar adviser, added: “Walruses are an iconic species of great cultural importance to the people of the Arctic, but climate change is melting their frozen home.

“It’s easy to feel powerless in the face of climate and natural emergencies, but this project enables people to take action to understand a species threatened by the climate crisis and help safeguard its future.

“What happens in the Arctic does not stop there; the climate crisis is a global problem, bigger than any person, species or region.”

Downie called on the UK to increase its ambition and keep its climate promises before COP26 venue “for the sake of the walrus and the world.”

Ghislaine Maxwell asks to be released from prison AGAIN, as her brother denies he is a ‘monster’