Blockade in Argentina as the Copa América requires new hosts 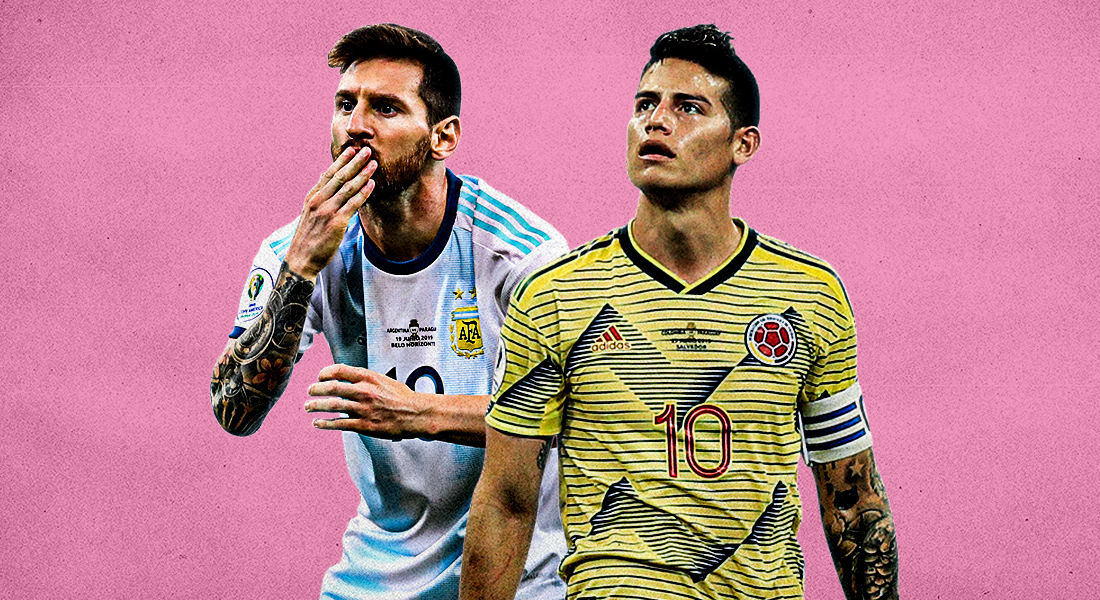 The 2021 Copa América, which was slated to be held solely in Argentina after co-host Colombia was stripped of its host rights due to national unrest in the country, is now in jeopardy as the coronavirus pandemic in the coastal country turns. gloomier the days go by.

However, President Alberto Fernández had relayed to the media on May 16 that the country was ready to host the tournament on its own, with stadiums in Córdoba, Santiago del Estero, Mendoza and Buenos Aires in preparation.

This was confirmed four days later, but the pandemic, which has devastated the entire world, continues to increase in Argentina and has claimed 75,000 deaths to date.

WHY DID COLOMBIA REMOVE RIGHTS?

The protests arose in the country due to the announcement of the country’s new regressive tax reform, which is now being withdrawn, by far-right president Iván Duque.

A national strike has been called by students, workers, unions, left-wing parties, social movements, indigenous and Afro-Colombian communities, and feminist groups, and this has become one of the largest mobilizations in the history of Colombia.

The protests have been going on for a month in Colombia, with people from all the masses joining the demonstrations. (Image courtesy: BBC / Website)

The protests have reached a level that fans have gathered outside the stadiums during recent league matches with the fired tear gas, causing discomfort from players and calls from coaches and officials to resolve the issue.

Tournaments such as the Copa Libertados had to be played under these harsh conditions or postponed until the situation in Colombia abated and the country was later withdrawn as the venue for the Copa América.

WHAT IS HAPPENING IN ARGENTINA?

Earlier, when Colombia was stripped of host rights, Argentina and its soccer federation showed up to host the Copa América in its entirety and that was officially announced by the nation’s president on May 16.

But the condition has become increasingly serious due to the rise of new strains of the Coronavirus and its deadly impact on the citizens of the country.

The Argentine government stops local football, the Copa América is not at risk. https://t.co/TYYc7PG2bL

And on Friday, May 21, the Argentine Football Association (AFA) had officially suspended All professional tournaments were imposed as a lock in the country, just three weeks before the start of the largest tournament on the continent.

However, President Fernández had announced that the blockade is applicable until May 30 and that they will do everything possible to carry out the tournament safely.

OTHER POTENTIAL HOSTS OR POSTPONING?

When Colombia’s rights to host the Copa América were taken away, CONMEBOL had said in its statement that they were looking for other nations that were willing to co-host the tournament with Argentina.

Here is the full statement from CONMEBOL on the decision to pull the Copa América games from Colombia next month. pic.twitter.com/Q7CiVbGNLI

Although logistically it is not easy to change the hosts in a short period of time, there is no other feasible option against CONMEBOL unless they postpone the tournament a second time to celebrate it at a later stage in the future.

But this situation gives rise to a new problem: where is the moment to welcome it? It cannot be hosted in the summer of next year, as a World Cup will be held, while it is almost impossible to hold it in the winter when the major leagues are in full force.

#Breaking news | Venezuela and Ecuador are officially offered to host #America Cup after Colombia is abandoned as host pic.twitter.com/2CF5Jnp6tm

Countries like Venezuela and Ecuador have come forward to host the tournament, but their ability is still in question as they haven’t held a major tournament before.

Brazil can easily be removed from the list as it is the most affected country in South America due to the Coronavirus pandemic. That leaves Uruguay and Chile as the nations that have the capacity to host the Copa América.

But will they show up? Only time will tell …

F1 2021: Sainz will not receive penalty for changing engines

Geyser eruptions could be a hidden danger in Yellowstone Park

Basketball | 2021 Olympics: Durant and Tatum lead the US to victory for the Czech Republic at the Tokyo Olympics

Who is Dev Patel’s girlfriend? The truth about his relationship with Tilda Cobham-Hervey

Two dead and 30 wounded in Taliban attack in eastern Afghanistan, according to reports