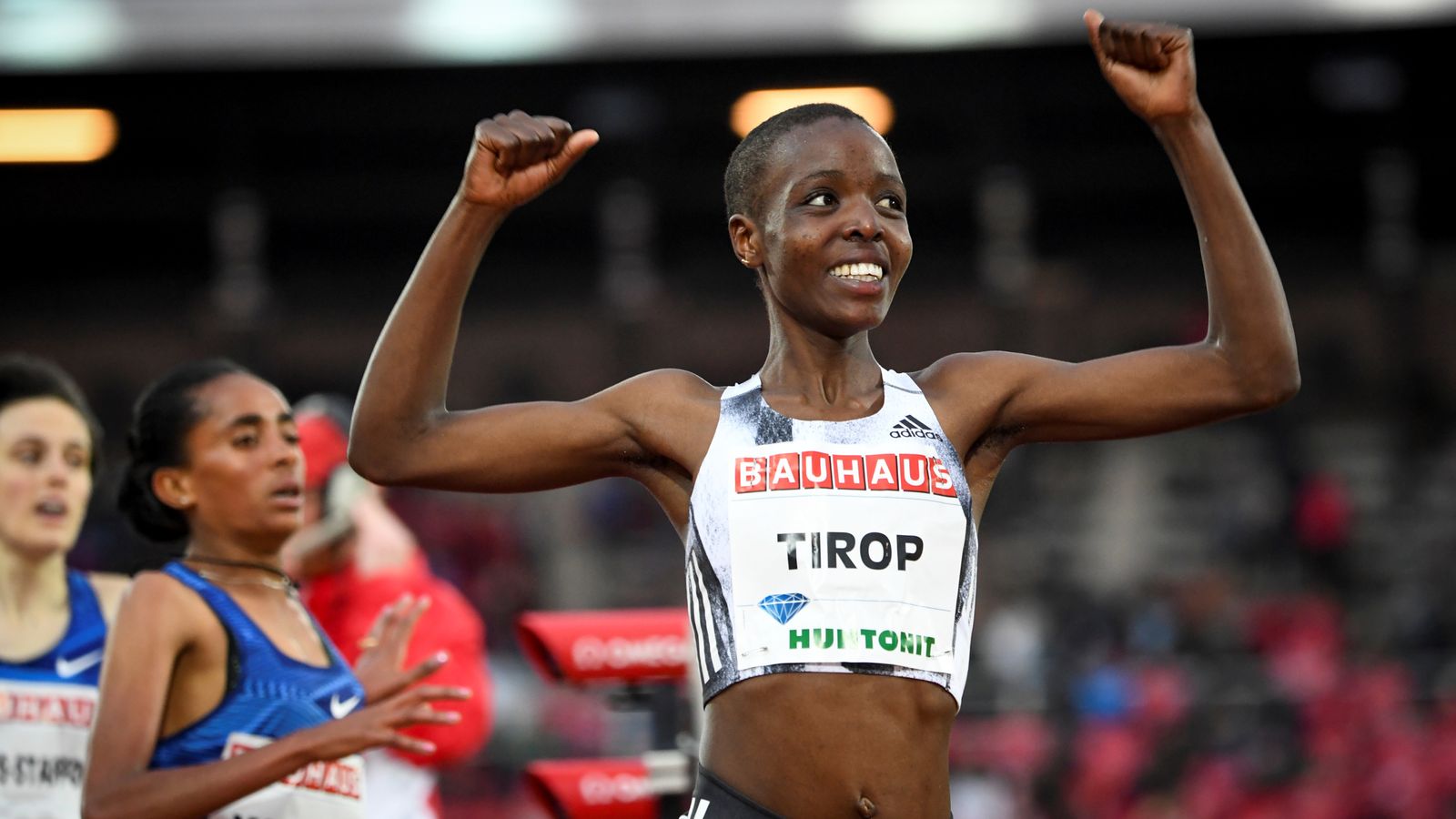 Police are searching for Agnes Tirop’s husband after the Kenyan athlete was found dead in her home with stab wounds.

Police are treating her husband as a suspect, and Elgeyo Marakwet County Police Chief Tom Makori said he is missing and is looking for him for questioning.

The family of Tirop’s husband reported that he had called them crying and asking God for forgiveness for something he had done.

“There are revelations that come from her husband’s family,” Makori said.

“We received a message from the family of Tirop’s husband that the husband had called the parents while crying and asked God to forgive him because he had done something wrong,” she told NTV Kenya Television.

“When the police went to Tirop’s house they found her on the bed with blood under the bed and a lot on the floor.

“When the police looked at the body, it appeared that she had been stabbed in the neck with what we suspect was a knife.”

Tirop, 25, what found dead in her home in Iten, western Kenya, a city recognized as a training base for long-distance runners.

Her car, which was parked outside the home, had a broken windshield and windows, which could indicate a domestic dispute before she was killed, police said.

The Kenya National Police Service said that Tirop was the victim of a “heinous crime” and promised “swift and thorough investigations”.

Kenya’s athletics federation had previously said that Tirop, one of her country’s rising stars, had allegedly been stabbed by her husband, but was still working to uncover the details of the incident.

Her career took off when she won the world cross-country title in 2015 at the age of 19 to become the second-youngest champion in history.

Athletics Kenya said it also won the 2014 Africa Cross Country Championships in Kampala, Uganda, along with a junior cross country title in Poland in 2013.

“It is disturbing, absolutely unfortunate and very sad that we have lost a promising young athlete,” Kenyatta said in a statement.

“It is even more painful that Agnes, a Kenyan hero in all respects, painfully lost her young life through a criminal act perpetrated by selfish and cowardly people.”