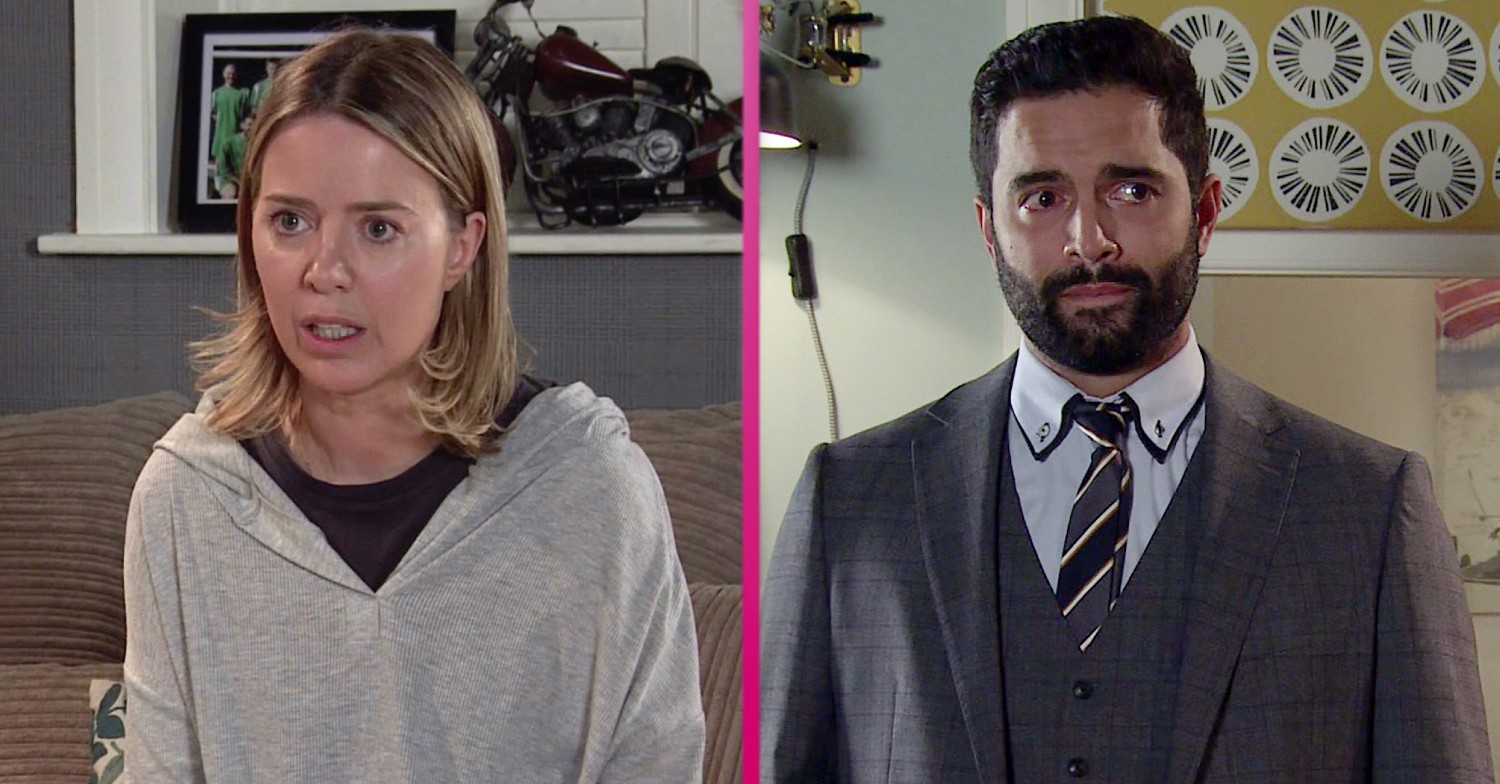 Coronation Street fans predict Abi is pregnant with Imran’s baby after it was revealed that they slept together the night of Kelly and Corey’s verdict.

On the night of the verdict, where Corey was found not guilty of Seb’s murder and Kelly was found guilty, Abi was allegedly staying with her cousin.

Meanwhile, Imran was devastated that his adopted daughter and client were going to prison. Annoyed, he went to town with his ex-wife, Sabeen.

However, it was revealed that even though Imran dated Sabeen and ended up going back to his to stay on the couch, Imran didn’t end up staying there and went somewhere else.

Sabeen started blackmailing Imran. She said that if he didn’t help with the Harvey Gaskell appeal, he would tell Toyah that he spent the night with another woman.

In last night’s episodes (Wednesday, October 13), Imran confessed to Toyah that he ended up sleeping with someone else on the night of the verdict and she was left heartbroken.

However, he told her that he had slept with a stranger.

Later, Toyah had a conversation with her ex-boyfriend Peter. Peter encouraged her to give Imran a second chance.

Read more: Who is Susie on Coronation Street? Will she and Eva ever come back?

Toyah decided that she wanted to give Imran a chance, but she hadn’t completely forgiven him.

Soon, Imran was out to do some shopping. However, when he came out he ran into Abi and it was revealed that it was Abi that Imran had slept with on the night of the verdict.

Read more: Coronation Street SPOILERS: What’s next for Imran and Abi after it’s revealed they spent the night together?

Imran revealed to Abi that he told Toyah about his one-night stand, but not who he went with. Abi said she wasn’t going to tell her fiancée, Kevin.

What if Abi is pregnant?

But now fans are predicting that Abi is pregnant with Imran’s child.

Well that was a surprise … I didn’t see it coming, I bet Abi is pregnant. 🤝 @ sallycarman1 @CharlieDemelo #Corrie

I knew it was Abi !! You know what is going to happen here. Abi will get pregnant and will be Kevin’s or imran and they will be imrans and he and toyah will want to adopt the child. #Corrie @ sallycarman1 @CharlieDemelo @RealGeorgiaT

What if Abi is pregnant? #Corrie

Abi will end up pregnant #Corrie

Abi is pregnant with imran 🤭#Corrie

Coronation Street generally airs on Mondays and Wednesdays at 7:30 pm and 8:30 pm There is an hour-long episode at 7.30 on Fridays on ITV.